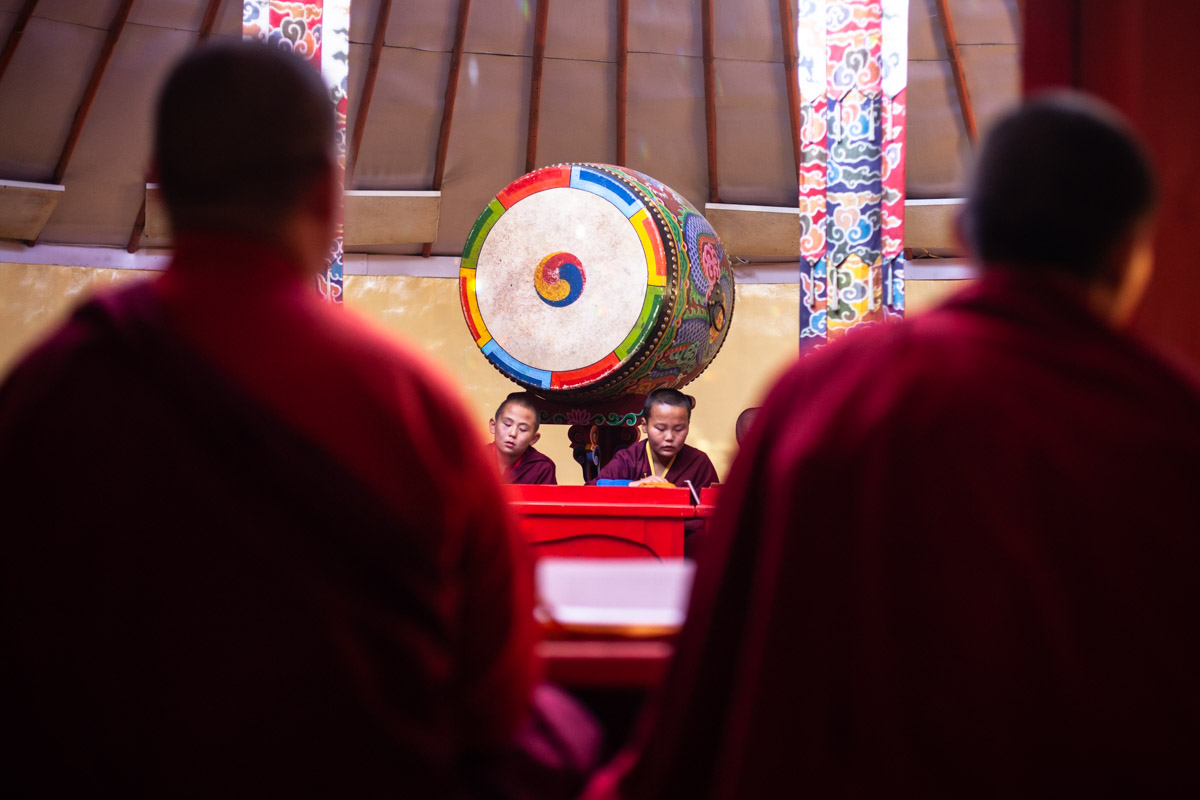 We are done with the reindeer and the magical Khovsgol lake but we decided to make a last stop on the way back to Ulan Bator.

We spend the night in Ulzi’s family, meeting her mother and brother before heading to the coloured city of Erdenet, the second biggest city of Mongolia.

In the streets of Bulgan

The coloured city of Erdenet

Located near the city of Erdenet about 400 km northwest of the capital, Amarbayasgalant Khiid is a Buddhist monastery of the Gelugpa School of Tibetan Buddhism in Mongolia. Built near the Selenge River, at the foot of Mount Büren-Khaan, it has a Chinese architectural style, with Mongolian and Tibetan influences. It was laid out in a symmetrical pattern along a North-South axis. In addition to an important religious center, the temple was also an important place for Buddhist teaching in Mongolia.

Also known as the “monastery of tranquil Felicity”, this monastery is considered one of the three largest and most important Buddhist centers in the country. It was built in the first half of the 18th century (between 1727 and 1736) and partly escaped the wave of destruction of temples and the assassination of monks operated in 1937 by Horloogiyn Choybalsan on Stalin’s orders.

You want a Buddha?

The main buildings still remain, but after nearly 50 years of abandon during the communist time and despite of a renovation that started in the late 80s, the conservation state of the monastery is pretty bad. However, you can feel a very peaceful vibe once you are there. It is still active and you can attend Buddhist celebrations throughout the year (usually around 9am) and listen for a moment the hypnotic mantras recited by the monks.

A young monk quickly guided us in the main building before returning with his peers for a good snowballs battle (the monks also know how to have fun). We spent the rest of the afternoon exploring the monastery, totally alone, in a special atmosphere… something between past greatness and almost abandonment that gives the site something singular.

Last night in the north

We spent our last night at a cozy ger managed by a very friendly old woman who has lived in the village for 25 years. We had a small farewell celebration with Ulzi and Byamba who have become our little family over our days in North Mongolia … sure, we’ll miss them!

Next morning, we explore the surrounding hills to reach the the huge stupa and the large Buddha statues.

We finally left the place and started a very long and boring drive back to UB going through asphalted road and a little sad because we knew that our Mongol experience will end soon.

Finally, we arrived to civilization at the end of the day. It is time to say goodbye to Ulzi and Byamba. We are very thankful to them because they made everything to have a memorable time at the north of Mongolia.