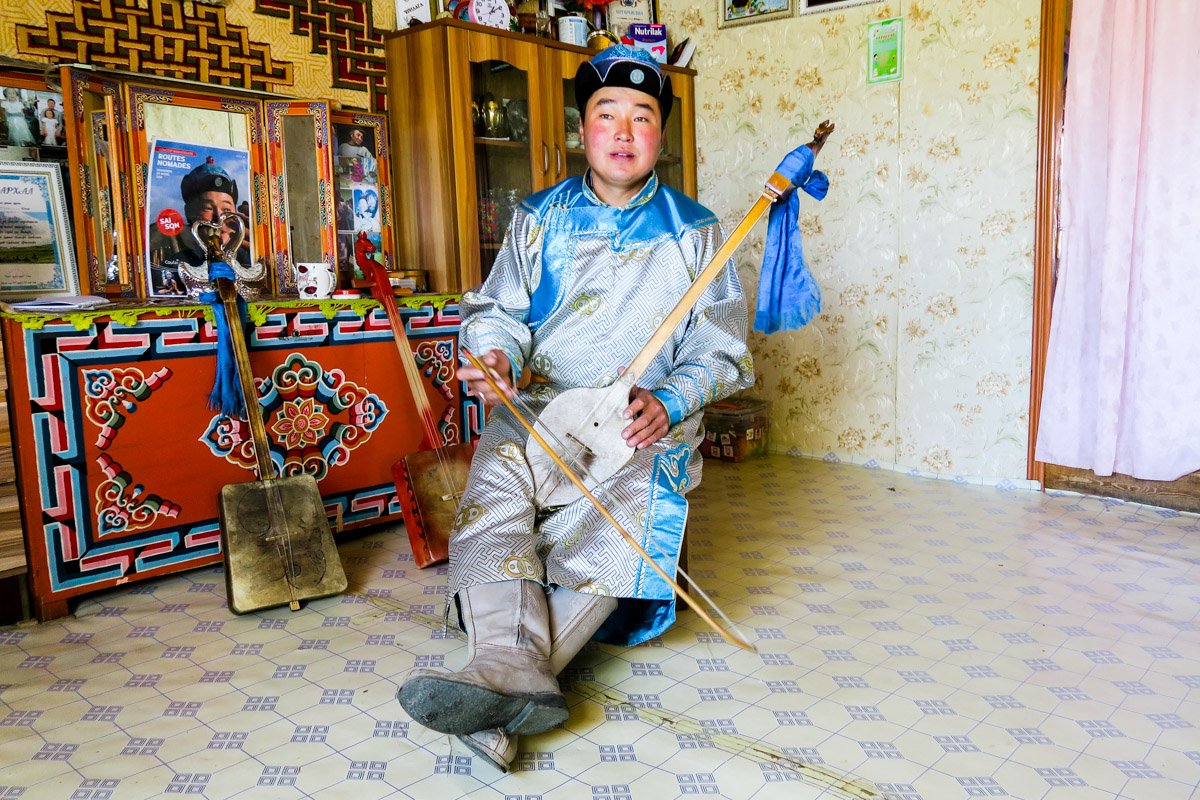 The art of throat singing

By
La llama
on

During our trip around western Mongolia we stopped in the village of Tsengel, where we met D. Batsukh, a local tuvan throat singer.

Locally called as “Khöömei” (meaning “throat” in tuvan), throat singing is an ancient cultural expression from the tuvan peoples in Mongolia, one of the 20 ethnic groups in the country. While singing the singer produces a main (throat) pitch and, at the same time, produces other more pitches over that. This makes you feel as if there were more than one person singing, but in reality, it is just him making different voices simultaneously.

Watch him singing and turn the sound on!

I got goose bumps with this song. There is definitely something powerful in the melody and sounds he produces, something that deeply touches your heart.

The sounds are very harmonic, reminding to the sounds of nature (such as the wind, for example). Actually, Batsukh explained us that when he sings he is connecting with nature, merging with it, and getting in tune with the natural world. People say that through the Khöömei, the rivers and the mountains sing.

Batsukh puts a lot of passion to preserve this beautiful tradition, just as his grandfather and his father did. Now he is teaching his kids how to do it too.

Note: in 2009, UNESCO listed this art as an a Intangible Cultural Heritage under the name Mongolian art of singing, Khöömei.