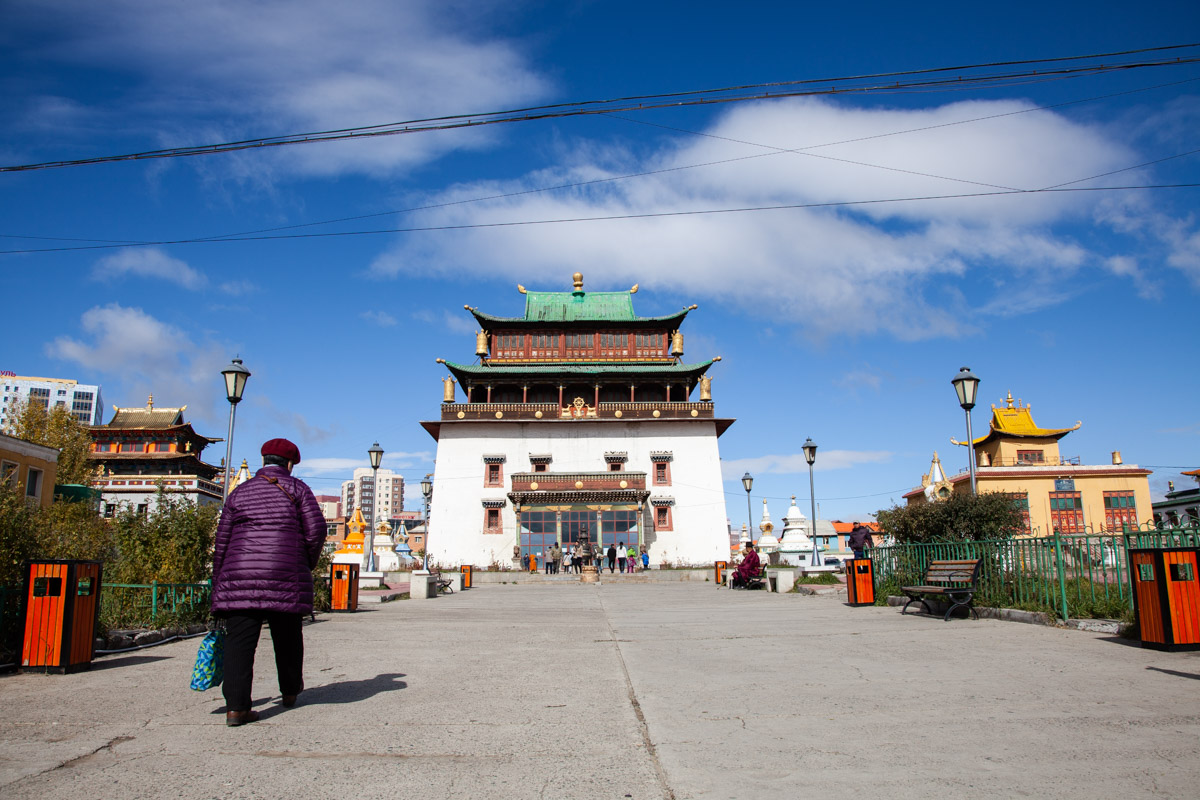 In the 1930s, the Communist government of Mongolia, under the leadership of Khorloogiin Choibalsan and under the influence of Joseph Stalin, destroyed all but a few monasteries and killed more than 15,000 lamas[citation needed].

Gandantegchinlen Khiid monastery, having escaped this mass destruction, was closed in 1938, but then reopened in 1944 and was allowed to continue as the only functioning Buddhist monastery, under a skeleton staff, as a token homage to traditional Mongolian culture and religion. With the end of Marxism in Mongolia in 1990, restrictions on worship were lifted.